(A rant, and a challenge) 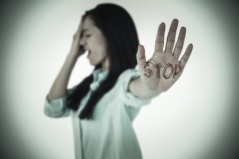 Yet again a major media outlet has granted space to a writer who wants to rail against self-publishing and to denigrate those who have chosen to pursue that route, particularly those who write fiction.

None of the arguments Ros Barber sets out in her recent article in The Guardian  is new. In fact, they are all so old that they have begun to smell – or, at the very least, to bore writer-readers who are not already members of the choir half to death. (Writers who are in Barber’s corner love to read the list of self-publishers’ shortcomings over and over again. They will never tire of it –until they become one of us, or die, whichever comes first. Despite the fact that it would force her to rethink her views, I wish upon Ms. Barber no novel that fails to sell to her publisher’s expectations, thereby banishing her from the traditional publishing firmament forever.)

I am not going to waste space taking Ms. Barber’s arguments apart. I’ve been taking the same ones apart for years, as have dozen of other respected and respectable writers on blogs and in numerous other venues. What she (and, it seems, the team of editors in the Books section at The Guardian) takes as cutting-edge insights are merely misguided opinions that have already been widely and frequently debunked.

What bothers me are not the points she makes, but the tone in which she makes them – and specifically, the utter lack of writerly fellowship that her article betrays. Such supercilious opinions as “good writers become good because they undertake an apprenticeship,” which suggests that those who self-publish do not know how to write, are utterly insulting to the innumerable writers who have completed agonizingly long “apprenticeships,” but whose writing is deemed by agents and/or commercial and/or financially hard-pressed (!) literary houses to be too offbeat or too marginal or too kinky or too similar to something that came out last year to be worthy of their imprint. Barber’s success in attracting even a £5000 advance for her most recent novel speaks more to blind luck or favourable industry connections than it does to talent.

The one point on which Ms. Barber almost indicates a passing knowledge of what she speaks is the one in which she says that self-published authors must invest 9/10 of their efforts in marketing, leaving only ten percent of their time for writing. (Although I do argue with her numbers: she has failed to consider the time it takes for any writer to earn a living while building up a readership.) However, as I’m sure she knows, it is fallacious to use the marketing imperative as an argument against self-publishing. If Barber’s publisher does not require her to spend a good deal of her time promoting her book, she’s not having the experience of most of my traditionally published colleagues. (I think she does know: anyone who can get an article into the Guardian is no slouch in the marketing department.)

I am sick and tired of finding it necessary to apologize not for the quality of my two most recent novels (for one should never attempt to defend what one has written), but for the way in which they were published. Who the hell cares how books reach the market? Readers certainly don’t. Nowadays, only small-minded, defensive writers seem intent on railing against those of us who have chosen to take our fates into our own hands.

The challenge: I invite Ms. Barber (and anyone else who wishes to do so) to request a complimentary copy of either of my self-published novels (Rita and Don , to read at least a decent chunk of it, and then to point out either publicly or in private the precise locations where the novel displays either a lack of publishing quality or dearth of literary talent. But people like Ms. Barber won’t do that: they’ve made up their minds ahead of time.

Ros Barber, please do not tar everyone with the same brush. You may have chosen to publish traditionally, but increasing numbers of us are choosing to do otherwise. Canada’s primary organization of creative writers, The Writers Union of Canada, now admits self-published authors whose books have been approved by its membership committee. Granting agencies and awards programs everywhere are going to need to consider how to manage the books by many younger writers who (like young musicians and film-makers) are choosing to go indie from the outset.

We are all in this together. We are writers. Some of us write better than do others, but increasingly this has nothing to do with how our writing reaches readers. A traditional publisher is no longer the only imprimatur of quality, if it ever was. The opinions in your article show you to be as disdainful as you are out of touch. I hope your fiction, notwithstanding its apparently historical nature, is more current. 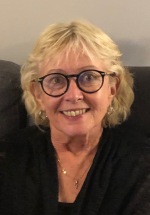