I am truly delighted

to have been selected as one of two presenters for Publishing 2.0: Tips and Traps, The Writers’ Union of Canada’s cross-country series of professional development workshops for 2014.

My fellow presenter is the noted fiction author Caroline Adderson, who has five books of fiction for adults and several books for young readers to her credit. Caroline will be talking about the traditional route to publishing – how to find a publisher, how to prepare your manuscript for a publisher, working with agents and editors, and doing promotion once your book is out.

I will be talking about independent publishing – why you might want to consider it, even if you’re a traditionally published author (as I am)  – e.g., for getting your out-of-print backlist out quickly, and maximizing your returns on sales –  as well as how to actually manage the self-publication of a book. I’ll be talking about finding editors and book designers, how to publish cost-effectively, managing distribution and, of course, I’ll be sharing what I’ve learned about promoting self-published books.

With the help of John Degen, executive director of TWUC, former literature officer with the Ontario Arts Council, former executive director of the Professional Writers Association of Canada (PWAC) and the former communications manager for Magazines Canada (formerly Canadian Magazine Publishers Association) – John is also a writer – we’ll also be covering contracts, royalties, and copyright issues, and discussing the current state of the publishing landscape from a writer’s perspective.

Appearing East, West and On A Computer Near You

The first installments of the tour will take place in Eastern and Central Canada in February, 2014. Dates and locations for the one-day (9:30 a.m. to 4:30 p.m.) workshop have now been announced:

We will visit four additional cities – in Western Canada – in the autumn of 2014. Dates and locations for those are still to be announced. It is anticipated that the workshop will also be available for purchase in digital format after the series of live presentations is complete.

It is not necessary to be a member of TWUC to attend its PD workshops.

About The Writers’ Union of Canada

The Writers’ Union of Canada is Canada’s national organization of professional writers of books, and has approximately 2,000 members. TWUC was founded 40 years ago to work with governments, publishers, booksellers, and readers to improve the conditions of Canadian writers. I have been a member of TWUC for a long time, and highly recommend joining – not only does it serve as a highly effective advocate for and promoter of writers with governments, the cultural industry and the public,  membership offers a host of wonderful advantages that range from a community of writers to dental benefits.  For more information, visit the TWUC website.

Although membership in TWUC is currently restricted to writers with “a trade book published by a commercial or university press, or the equivalent in another medium,” at its May 2013 annual general meeting, in a unanimous vote, members of the Union approved a resolution opening membership to professional, self-published authors. The resolution will be presented to the entire TWUC membership in a referendum, and will come into force with a two-thirds majority. For more information, view the Union’s June 1, 2013 media release.

In the meantime, I hope to meet you in person at one of TWUC’s PD gigs this year!

Waiting for the lights to change at Bay and King, I looked happily up at the office buildings and through a gap in the high-rises to the southwest at the CN Tower lit up in blue and red. Even after two months, I still could not believe that I was actually living in Toronto — a city that I found endlessly appealing for its size and sprawliness, its geographical and cultural variety, its human diversity, its sounds, its smells, its industry and (most particularly, to my mind) its status as one of the world’s great writing and publishing centres.

A friend and I had decided to walk, despite the dampness of the afternoon, from College Street down to Front, where we would survey the rich literary wares on offer at Nicholas Hoare Books. Just ahead of us now was Harbourfront, where internationally renowned writers read to captivated audiences. A few miles back were the publishing houses whose logos had marked the spines of books I’d been reading since I was a child — McClelland & Stewart, HarperCollins Canada, Penguin. From the very spot where I now stood on the street corner, I was sure — if I only knew which way to look — I would see a few of the windows to the mysterious aeries where the literary agents dwelled.

I laughed aloud from my pleasure just to be there, and my friend pulled me closer in a hug to share my joy. I wished that I could have beamed my feelings of excitement and anticipation back across the miles to the friends and family I’d left in western Canada — most of whom had received the news that I was packing up everything I owned and moving all alone to Toronto with a mixture of indulgent good wishes and mystification. There had probably also been prayers for both my safety and my sanity (Toronto being, after all, the city most Canadians love to hate).

But I had done it. And here I was: poised on that very curb that very afternoon — ready, I firmly believed, to fulfill my destiny as a fiction writer.

Mine is not an uncommon story. Every year, hundreds or possibly thousands of aspiring writers, actors, designers, visual artists and musicians make the trek east from the frozen prairie by bus or plane or car (or west, from the Atlantic stormlands), their backpacks set, suitcases rolling along behind them, their gazes lifting with their hearts as the office towers emerge from the mists like physical representations of their dreams. Nor is my story uniquely Canadian: it repeats itself in big cities all over the world — from Mumbai to London and New York — and has for generations. Whenever and wherever there are dreamers in the hinterlands, there will be those who will make their ways toward the cities.

So I was just one of many — but in my case, there was a twist. Most of my fellow-travelers were kids: 18 years old or less, 25 at most — young people who’d been motivated to take action by the need and determination to fulfill their destinies before real adult life intervened. I, on the other hand, was 59, with much of my adult life behind me, and my dream had been 30 years in the percolation.

I hadn’t even figured out the nature of my destiny until after I’d had children. Although I’d once imagined myself as a translator at the UN, I’d set my sights on more proximate goals — obtaining a degree, falling in love, getting married and starting a family. Still, something was always missing — some part of me felt underdeveloped. I took piano lessons, a course in clothing design, aerobics. And then, one day, age 29, I signed up for a correspondence course in fiction writing… and my fate was sealed.

In the years that followed, as I raised my children and gradually acquired the editing skills that allowed me to earn a living, I also wrote and published dozens of short stories, works of creative non-fiction and two novels. I wrote radio dramas and documentaries. I won writing awards, critical accolades and even an entry in Who’s Who in Canada. But I was unable to extend my fiction-writing reputation beyond the West. I came to believe (to the scorn of many of my fellow prairie writers) that if I wanted to fulfill my dreams for my fiction and myself, I would need to move closer to Canada’s largest centre for the literary arts.

By the time my first book of non-fiction was released, my kids were well launched and my daily life was my own again. As an editor and writing consultant, my physical location no longer mattered: I could earn a living in cyberspace. I decided that moving to Toronto would provide me with the kind of big-city environment I had always found inspiring, and I decided that it was now or never. The fiction writer in me smiled at these decisions, and stretched, and opened up her arms to opportunity.

So here I am, with all the younger dreamers, and I’m holding some cards they’re not. A few them will find success in their chosen fields, but before long most of them will need to relinquish their artistic hopes in favour of the joys and realities of adult life: marriages, careers and children.

I, on the other hand, have all the time in the world… not to mention thirty years of credentials and experience. In my more mature and serious moments, I imagine that I am here not only for myself, but also for them: the wide-eyed talents who are standing beside me on the street corners (not to mention the ones back home who, in their late twenties or mid-thirties are just now discovering their passions). I’m here to remind them to be patient and to practise: there will be time for them to stretch and fly after the kids grow up. I’m here to tell them, too, that if they nurture and groom their talents, they will have as many dreams at 60 as they did at 17. 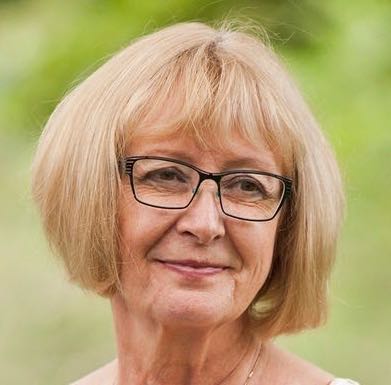 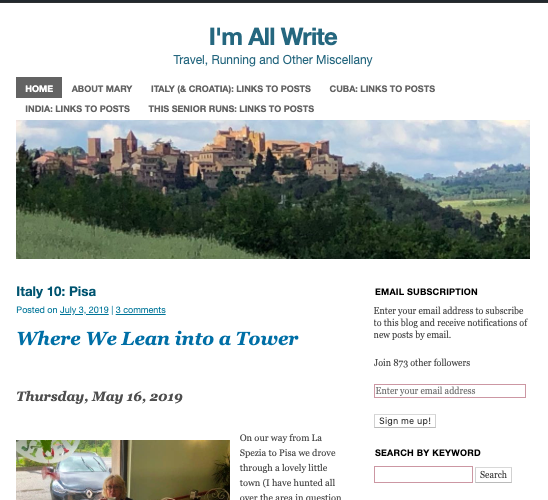